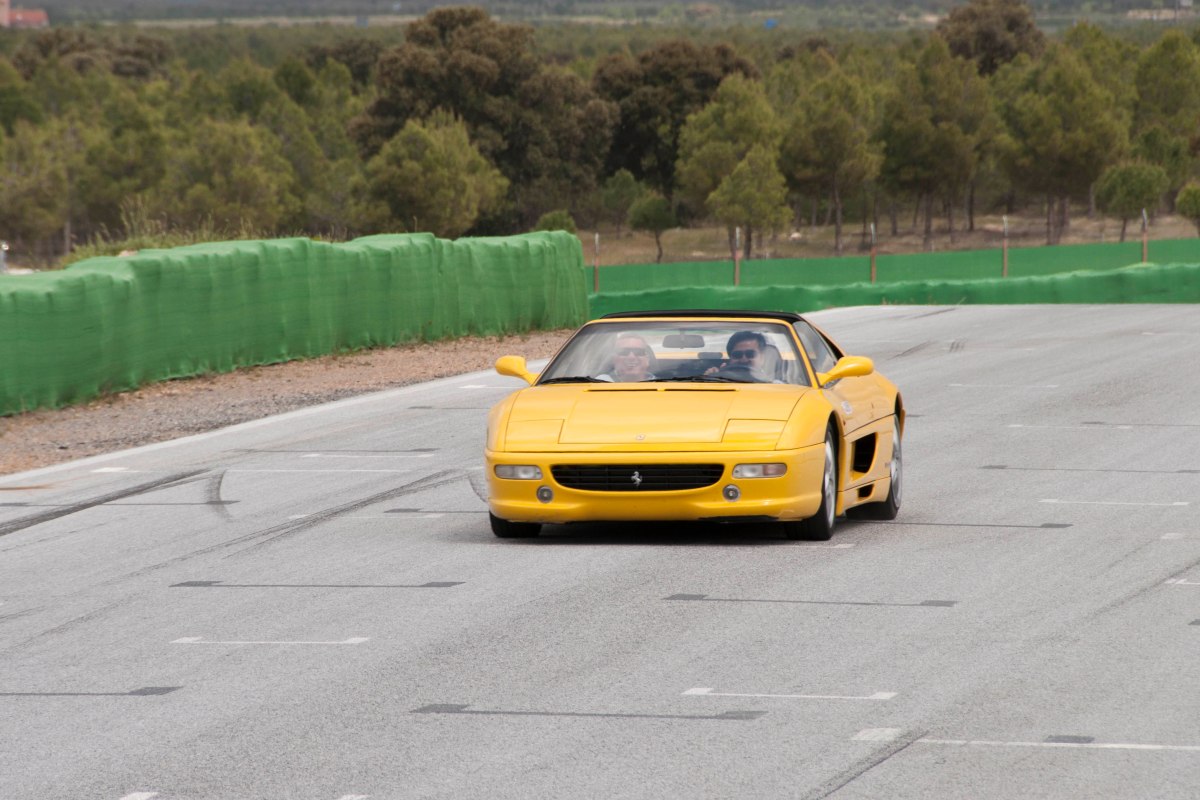 “Faster faster faster, till the thrill of speed overcomes the fear of death.” ~ Hunter Thompson.

The lure of the adventure and exhilaration of speeding cars has always captured the imagination of many a man. When my speedometer barely crosses 50kmph on a good day due to a taco-phobia (fear of speeds), I have always wondered why speed thrills. What is it about speed that makes men want to live on the edge, flying down a track at ear splitting speeds, the insides in a knot and the chest tight and fully clenched as if even breathing could take them off the track.  More so, I always wondered about the obsession with horsepower, the growl of the engine and the domination and control of a beautiful beast. So when I decided to surprise my husband P with a joy ride down the race track in a Ferrari, I was fully aware that this marriage gift would be the most anticipated and exciting part of our honeymoon, for him! The planning itself took the wind out of me before the D Day. While our trip was fully locked down and paid up for, I struggled to find a race car track across cities in Spain that would take us in on the days when we were there. There are three main F1 racing circuits in Spain, Circuit E Catalunya in Barcelona, Circuito Permanente del Jarama in Madrid and Circuito Permanente de Jerez in Jerez de la Frontera. The timings didn’t match with any of the three circuits and then a little bit of search landed me on a site, ExperienceBox for a race car experience in a lesser known race track but apparently a very well-known one in the race car testing circuits- Guadix near Granada. After much begging and pleading with the very helpful Eduardo to swing a session for us, P was set for a thrill like never before, a 5 lap Ferrari experience!

Almost an hour’s drive from Granada, this track is nestled in the middle of nowhere at the foothills of Sierra Nevada and it almost magically comes alive with roar of the engines as one approaches it. No wonder it is a hit testing circuit with moto companies to test out new developments, since it has the private location advantage and no sound barriers to maintain. Apparently, Lewis Hamilton started practising racing at this circuit. The circuit is owned and run by Clive Greenhalgh, an experienced motor racer and a race car collector with over 20 beauties. His warm brit humour instantly made us feel at home as he explained about his setup, the track, the safety measures etc. He took us around in a Renault race car to get us to feel the track up close. While I was allowed to sit in the back as a mute witness just for the fun of it, I was fully in awe of Clive who explained and demonstrated the ways of navigating the track, when to speed and how to turn etc. in such a simple manner that I started wondering if my speed phobia deserved to exist. 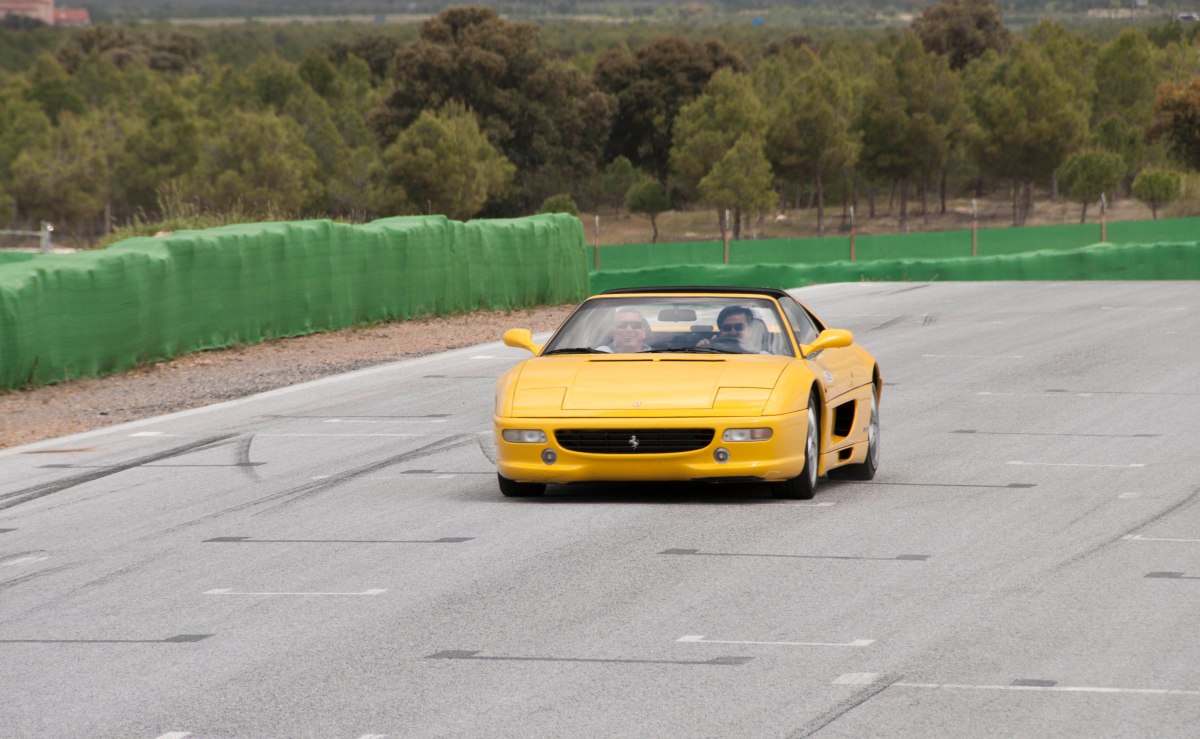 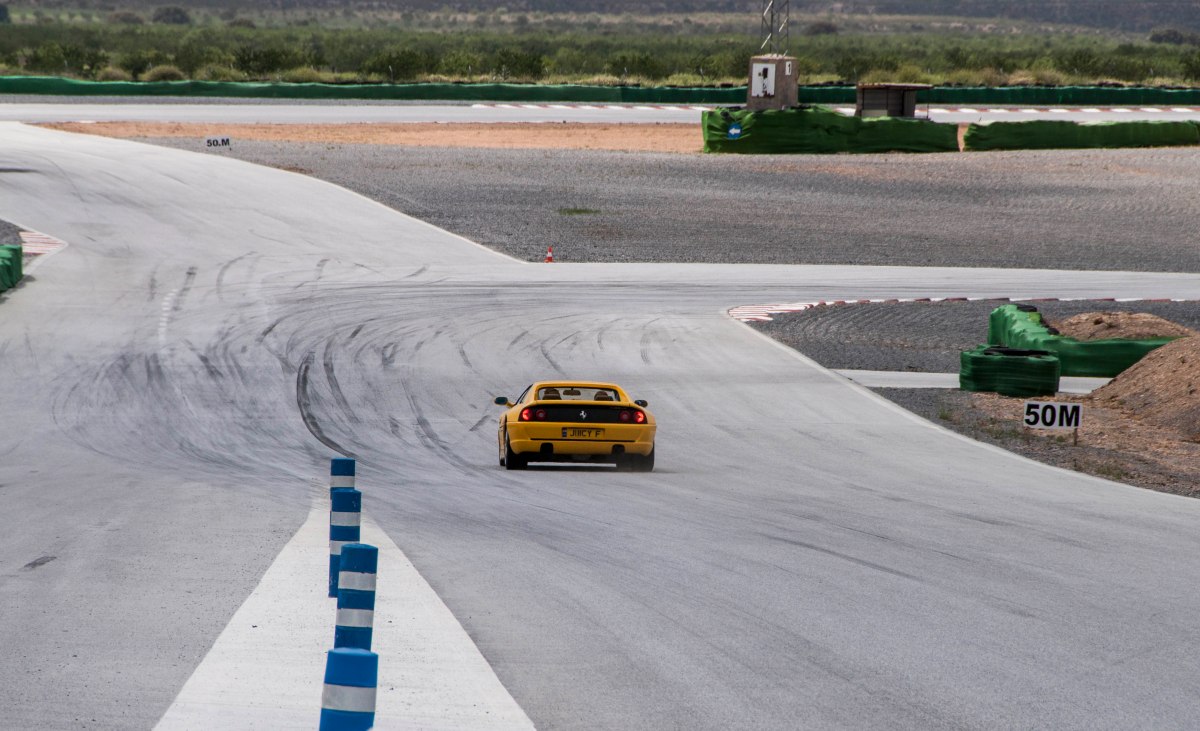 After I was dropped off to the pavilion, P took to the wheels like fish to the water as he started the actual lap. After 3 rounds of speeding down the track in the Renault for practice laps and my heart skipping many beats and my insides really in a knot watching him speed, he switched to the Ferrari GTS 355, a yellow open top beauty for the real thrill to start. 3 laps of deafening, animalistic growl of the engine and the car sliding like butter on the track, out emerged P, wanting to live in the car for rest of his life!! He was quickly pacified by the generous Clive giving him an opportunity to speed for another 3 laps in a Toyota Elise, for free! As he reluctantly got out a few minutes later, I saw him on fire with mixture of excitement, much like a baby who has just taken the first step and has discovered the joys of walking; and pride, much like a king who knows his abilities have helped him win an unconquerable conquest. A few minutes later, I was reluctantly thrown in the passenger seat for a free spin around the track by Clive. After a minute flying down the track at 150kmph, my eyes tightly shut, my heart pounding and clammy hands grasping the seat for my life, I crawled out of the car back to pavilion, just glad to be alive.

As we made back to hotel in Granada, through the excited chatter of P, I could make some sense why the speed adventure thrills men. It is not about what speed does to men but what men do to speed. It is perhaps about the defined boundaries being defied. It is perhaps about taking control of the seemingly uncontrollable beast. Perhaps therein is the thrill.

As for me, I have upped my speedometer to 55kmph.

From Granada, take a bus to Guadix town which is an hour away. Book Bus tickets in advance at the central bus station.

How to book a race car experience:
A good race circuit experience can cost anywhere between Euros 300-3000 depending on the car (racing car vs f3 car vs f1 car), the circuit, the type of experience you want. Research well before you book an experience.
There are a couple of useful sites to book an F1 experience. 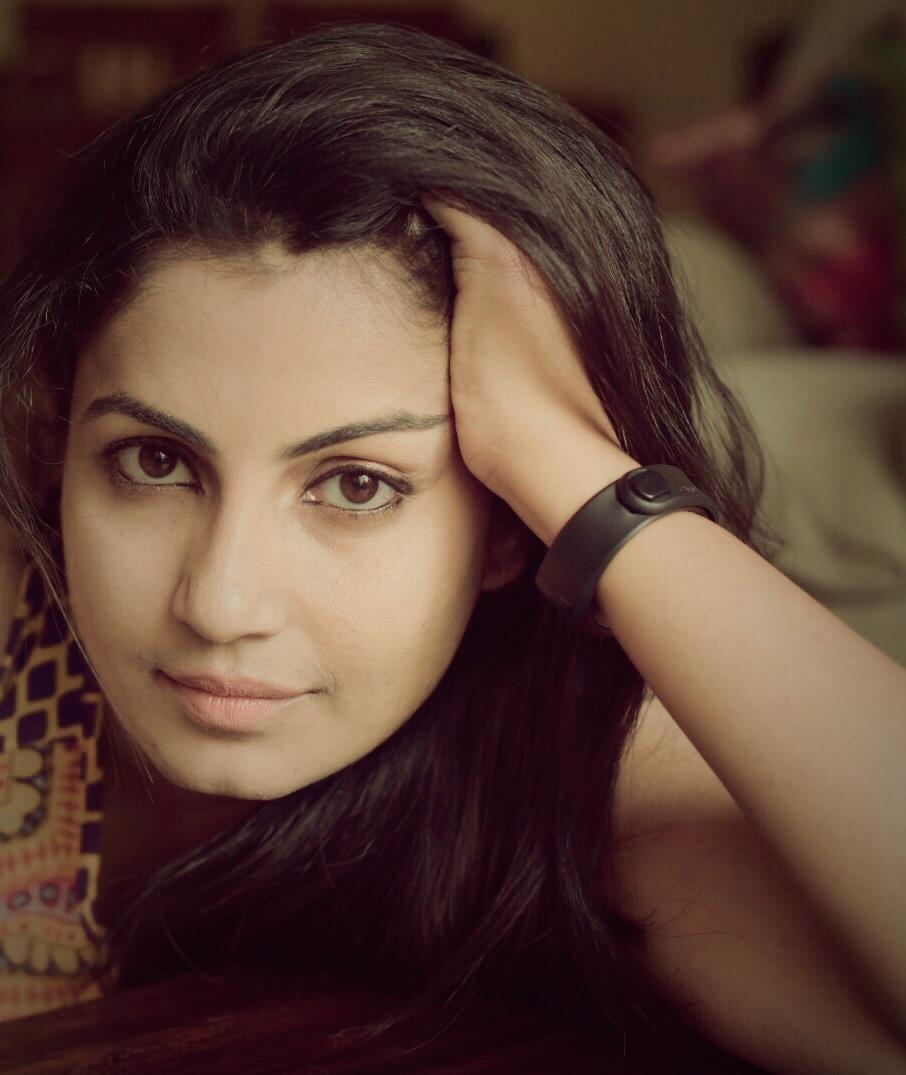